Showing posts from June, 2015
Show all 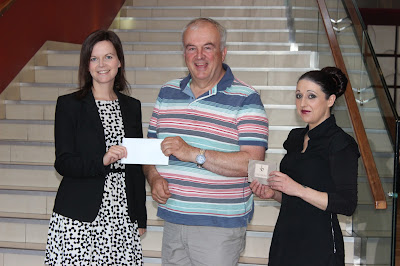 With Father's Day nearly upon us the we invited the public to tell us "why have you the best dad in Limerick’.   Immediately fierce competition started on the hotel's social media site with great stories depicting bravery and kindness from dads all across Limerick. On June 9 the winner was announced as Seamus Harrold who had been nominated by his daughter Sinead Cleary. Sinead wrote of her dad's kindness, being there through everything in her life, the close bond he had with his mother and described him as her ‘rock'.   As his prize, Seamus will be wined,dined and pampered in The Absolute Bar & Grill and Vanilla Browns Spa.   .
Post a Comment
Read more
More posts